For over 25 years, the AACF has helped to promote philanthropy among African-Americans and invested in causes that support and benefit African-American citizens of Greater Dayton. 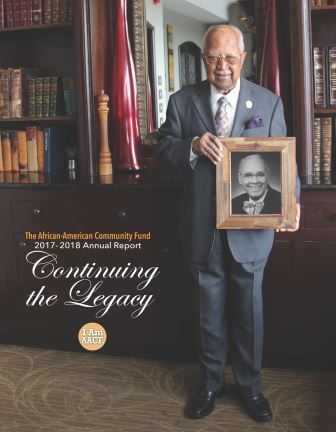 This event honored John E. Moore, Sr., Co-Founder of the African-American Community Fund. Mr. Moore was a former Dayton Foundation Governing Board chair, a Foundation volunteer for nearly 40 years, and one of Dayton’s most dedicated volunteers before he died in 2021.

“Mr. Moore’s contributions to the Dayton area made him one of the most well-respected, influential and loved leaders in the Dayton area. We are grateful to his family for allowing us to name this event in his honor,” said the president of the African-American Community Fund, Debbie Marable Carter. “We plan to host this as an annual event with proceeds benefiting the AACF general operating fund as well as the John and Hester Moore Fund.”

“Our family is happy to have our father’s name memorialized in support of two areas he inspired, supported, and participated in, the African American Community Fund (AACF) and the sport of golf,” said Joyce Ard, daughter of John E. Moore, Sr.

Special thanks to our 2021 Silver Sponsors: